Ho Ching was appointed Executive Director (= CEO) of Temasek in May 2002.

For more than a decade, Ho has been credited with Temasek’s unverifiable and unbelievable performance.

Attempting to credit Ho in 2013, Temasek claimed that newer investments made after March 2003 achieved 10-year annualised returns of up to 20%. (take note that this means a $10 billion investment generates returns of $51.9 billion) 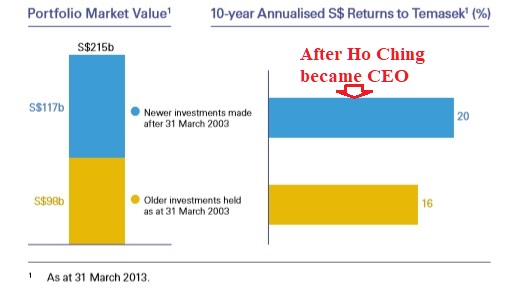 If Ho could magically increase our reserves by tens of billion$ in 10 years, she would have been headhunted by fund managers dangling billion-dollar paycheck.  There is none, not even for a fraction of her estimated $300,000/day pay.

The above sterling performance under Ho’s leadershit is of course misleading: returns were measured from the market trough in 2003. 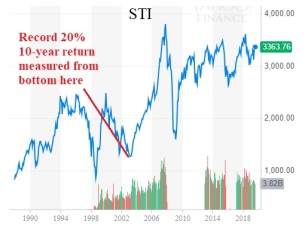 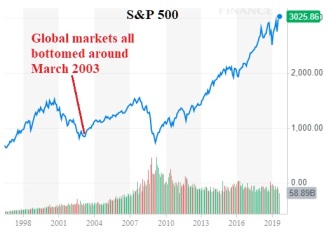 Why did Temasek attempt to mislead and continues to conceal information which belongs in the public domain?

Unfortunately, what has happened to our reserves will be known only after MPs demand transparency from PAP in Parliament by asking the ‘right’ questions.

This entry was posted in TEMASEK. Bookmark the permalink.