With other ministers comforting one another by saying too much in the media, Singaporeans are concerned but still uncertain about the return of our military equipment.

We have a chief paper general who explains why and how the SAF transports its equipment around the world, the security measures such as “double lock”, etc.

But what is the point of describing SAF’s perfection on paper when our property has already been impounded?  Excusable because this has happened only once in fifty years?

So, if it was APL’s oversight, SAF bears no responsibility for risking 9 multi-million dollar Terrex tanks which may be “melted down“?

Who will be held responsible if our 9 Terrex tanks are melted down?

What’s really troubling – Melvyn has contradicted himself and isn’t sure about what he  tells the media.

Melvyn: “The SAF also has strict measures when we transport ammunition or sensitive equipment – we don’t make transit stops, …”

As to why the ICVs were on an excursion to Xiamen and Hong Kong, Melvyn explains that “We don’t specify the route.  It’s purely commercial decision taken by APL.”

From these 2 statements, even an idiot can see that our chief paper general doesn’t know what has been happening:

“don’t specify the route” = “don’t make transit stops”?  If SAF doesn’t specify exactly how it wants APL to ship its equipment, how the hell does Melvyn know there were no transit stops?

Melvyn is also effectively saying that if it was APL’s “purely commercial decision” to make, say, 5 transit stops, SAF wouldn’t have been bothered. 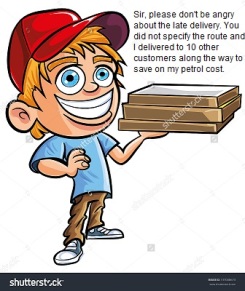 It is clear to the public that the SAF has screwed up – some high ranking officers entrusted with the responsibility to ship our military equipment back in one piece weren’t even aware there were transit stops.

SAF’s failure should not be covered up or this will further erode public trust.