20161114 When will WP start to ask obvious questions on transparency?

Word in bold missing in the sentence: “Is PAP preparing to finish the only elected opposition party off at the next GE?”

I have thought about writing to the WP for a long time to let you guys know that an increasing number of Singaporeans have become disenchanted with WP. But I’ll go further than that by providing useful suggestions.

I don’t have any party affiliation and I believe we share a common interest: transparency and accountability are of paramount importance in a democracy.

If WP doesn’t change its strategy and insists on playing by PAP’s forever-changing rules, rest assured of your demise in 2020(?). PAP has already embarked on another subtle propaganda drive targeted at elderly citizens and many have been won over by their generosity with tax dollars. 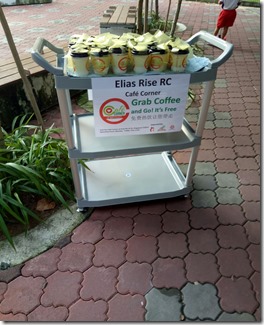 What about the support from almost all new citizens and your image badly tarnished by the AHTC saga?

While WP has been kept busy defending itself, PAP has been laying the groundwork for the next GE. Without any external shocks beyond PAP’s control, WP’s survival will be a miracle. And that’s not taking into account whatever PAP has in store for you pre GE.

I am surprised you have not identified PAP’s Achilles heel and continue to pursue a rather aimless strategy.

PAP’s fall is actually a question of ‘when’, not ‘if’. The ‘success’ of PAP has been totally dependent on the concealment of material information from the public, information which if disclosed will commence its fall. Any surprise why PAP has decided to sacrifice productivity by blocking internet access on official computers? 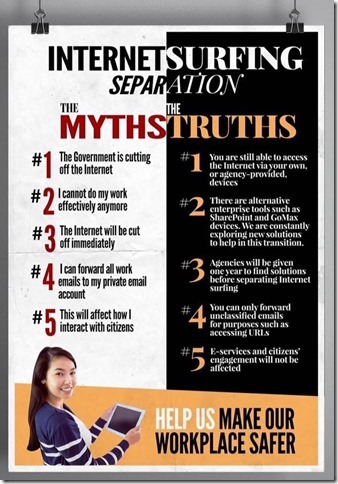 Every additional year that PAP survives is its bonus. It’s an uphill task to keep creating an increasing number of million-dollar jobs to feed retired senior civil servants and paper generals who are not in demand anywhere in the private sector. Set up more stat boards, ministries and GLCs or turn Singapore into a bigger construction site to ramp up growth? There’s a limit to this approach.

PAP is extremely desperate as is evident by its tweaking the EP and NCMP scheme to further entrench its power. Singaporeans are supposed to act stupid again and blindly believe that without a Malay president, there would be problems in the future.

You have a capable team to take on the PAP whose clowns are actually no match against your colleagues Leon Perera, Daniel Goh, He Ting Ru and many others. But what you NEED is a change of strategy.

Why does the WP continue to issue statements and speeches in Parliament without any meaningful results? You have to take concrete action and not hope for change to drop from heaven.

For example, the points raised by Leon in his Parliamentary speech on the EP and NCPM issues are not facts which PAP is unaware of. PAP fears change because it would mean lessening its control and shooting itself in the foot. Only an external force bigger than PAP will be able to force PAP to change. Engage PAP when it doesn’t want to engage? Been there, done that, failed.

Leon’s valid arguments have already fallen on PAP’s deaf ears and what the WP needs to do is go beyond this, not tread on the same same path towards self destruction. Don’t get me wrong, many Singaporeans are impressed by Leon’s performance.

There are many issues which should have been brought up but WP seems to be asking questions which do not shed much light on transparency and accountability. Issues which would put the PAP on defence, deprive it of resources to engage in relentless attacks on not only WP but social media and ordinary citizens.

If the WP had highlighted and constantly chipped at the issue of transparency alone, much could have achieved. After winning a GRC and increasing the number of WP MPs in Parliament, why has WP been reluctant to ask hard questions, such as:

What is the construction cost component of HDB flats?
How much tax dollars do stat board CEOs earn (if not absolute amount, at least in bands)?
Why has Temasek CEO been paid tens of millions of dollars but not required to disclose how much tax dollars she earns?
How much has PAP profited from public healthcare? link
Why doesn’t the government publish a different set of statistics on PRs and citizens?
Is the government afraid the public scrutiny would expose its flawed population policy?
Billion dollar state assets have been transferred to Temasek at ‘lelong’ prices and this is the biggest contribution to its unbelievable high returns. Why have these never been disclosed in Parliament?
etc.

Over the years, Mr Leong Sze Hian has raised thousands of relevant questions which strangely have been unanswered. link

What about more than $500 billion of our reserves which no one, except for a handful of men-in-white, knows where every cent has been invested?
Why is top management at our SWFs able to reward themselves with multi-million dollar paychecks despite citizens not having a clue about their actual performance?
If one accepts the nonsensical PAP justifications to prevent public disclosure, why not disclose to elected MPs?
Doesn’t PAP trust all elected MPs?

Why is the WP not demanding the disclosure of material information?

If your constituent asks you where our reserves are invested, are you going to answer, “I don’t know”/“just trust the PAP, no need to ask”/”refer to PAP’s hogwash on MOF’s website”?

How are you, as an elected MP, able to discharge your obligations if you are not in possession of material information?

There are too many obvious unasked questions. Many netizens are now inclined to suspect the WP and PAP are bedfellows, strange as it may seem but not impossible in politics. Or maybe you are constrained by leadership which insists on using WW2 hardware to do battle with PAP?

WP has social media, unelected opposition members, netizens and bloggers doing quite a bit of the heavy lifting and can function as a more effective check on the government. Why did you not but more importantly, will you?

WP supporters should continue to give their much needed support as no party can be worse than one which believes in ZERO transparency and accountability. But do understand WP needs to change its strategy and not be too concerned about its image.

I had wanted to write to WP before GE 2015 but the timing clearly wasn’t right. I hope WP will make use of the next 3 years by asking the “right” questions and doing the “right” things.

This entry was posted in POLITICS, WP. Bookmark the permalink.

2 Responses to 20161114 When will WP start to ask obvious questions on transparency?