It comes as no surprise when SPH, aka Singapore Propaganda Holdings, reported yet another year of profit decline of 17.5% to $265.3 million.

Facts:
– Ten years ago, it had reported a net profit of $506 million.
– Since then, the population has increased by an average of 100,000 annually
– SPH has no competition when it comes to print advertisement
– Public school students are forced to subscribe to the ST
– All government agencies and almost all offices subscribe to the ST.

How could a company with no competitor see profits halved from a decade earlier?

The obvious answer is our ‘news’ is all propaganda and readers are fed up with paying to read trash. I have not bought ST for years and many others for even longer periods. It’s kind of stupid to pay for propaganda when the same ‘news’ is available online, free.

Despite a growing population and zero competition, SPH earnings have been decreasing and will continue its downward trend.

Besides publishing propaganda, PAP-appointed directors with ZERO relevant experience, never understood the media business. And these leeches do not come cheap.

Scholar-CEO Alan Chan is a classic example. In 2010, Alan’s pay package amounted to between $1.5 million and $1.75 million, excluding performance shares.

Will Alan’s pay be increased after the retrenchment exercise today, despite a 17.5% decline in SPH’s net profit?

Other PAP-appointed directors with ZERO relevant experience include former minister Dr Lee Boon Yang (Bachelor of Veterinary Science), Cham Tao Soon, Ng Ser Miang and many former civil servants. Some even had internal security experience such as our prata president, Tjong Yik Min, etc. Is it any wonder that SPH, PAP’s propaganda arm, will soon fall into an abyss?

The number of directors with ZERO relevant experience has recently increased with the addition of scholar-paper-general Ng Yat Chung. 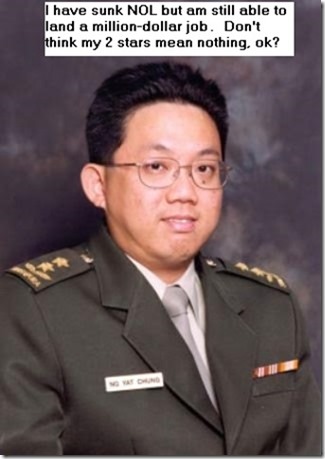 Ng has achieved no mean feat by sinking NOL after helming the company for only 5 years. We sincerely hope that Ng is able to help Singaporeans achieve the same feat at SPH. 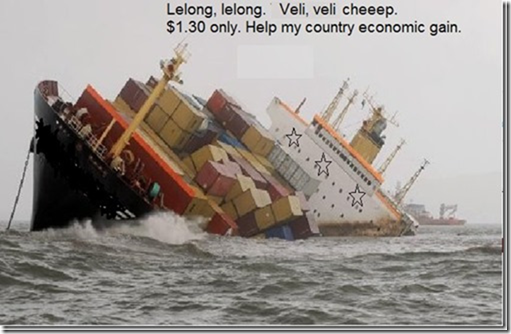 Ng’s colleague, Chairman Lee Boon Yang, seems to have underestimated his capabilities when he said that “Ng will complement our diverse strengths and expertise. He will help us to steer SPH to greater heights of organisational and business excellence”. (link) Perhaps Lee Boon Yang meant steering SPH to greater depths?

SPH’s demise has never been a question of if but when. The writing has been on the wall for years or Temasek would have been a major SPH shareholder. SPH was also keenly aware that its propaganda days are numbered. It has been growing its net income through property rental: profit from property ($149 million) is almost on par with media profit ($175 million).

Alan Chan, ex Principal Private Secretary to LKY, has been CEO for 13 years but failed to transform the company into a giant digital power-house. Alan should now step aside and allow Ng to work his magic, steer SPH to greater heights. It would be fun to watch PAP leeches sink SPH in spectacular fashion.