Every intelligent citizen will question a government which selectively discloses information. When material information pertaining to our CPF investments is privy to an inner circle of politicians, logically, something is amiss. Not to mention almost all the representatives of the people, ie MPs do not know where hundreds of billions of our reserves are invested by GIC.

Let’s use Goh Chok Tong’s analogy of the state as the parent with a citizen as its child to put the CPF issue into perspective:

It is easier to understand from the above scenario that such a parent should not be trusted. Is it not silly for CPF members to trust PAP blindly?

Under PAP, our CPF is automatically converted to Singapore’s reserves. By classifying our CPF as government reserves, PAP then uses our CPF according to its whims. No other country confiscates the retirement savings of citizens to be invested with the nation’s reserves in such a manner.

PAP then says that GIC’s reserves cannot be disclosed because this would make it easier for speculators to attack the Singapore dollar during periods of vulnerability. Questions: Since when was PAP given the mandate to use our CPF to conceal our total reserves? Did CPF members allow the use of our retirement savings to prevent the Singapore dollar from being attacked by speculators?

Fact: No other country in the world uses the retirement savings of citizens to prevent its currency from being attacked by speculators.

There is no way for a fundamentally weak currency to stay strong for long. If the Sing dollar is fundamentally strong, why would speculators even attempt to short it? PAP’s justification for non disclosure of material information is … nonsense.

From its original mission of providing adequately for retirement, most of our CPF has been channeled into housing and healthcare needs and now to help the PAP prevent speculators from attacking our currency? Tell that to an idiot.

According to ICA statistics (below), the number of Singaporeans dying between 50 and 59 years old more than doubled the citizens in the preceding age bracket. Since even more will die every year before smelling our CPF at 65, why does PAP see it fit to prevent citizens from enjoying the fruits of our labour? 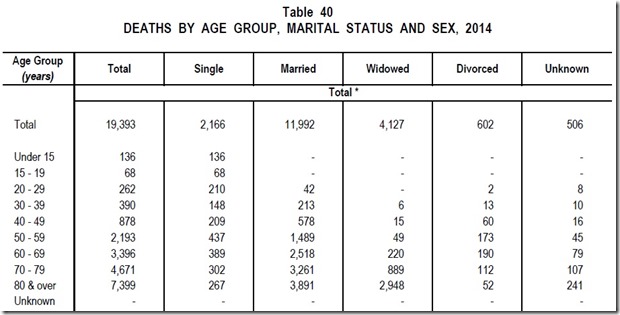 The 37% CPF monthly contribution has little to do with planning for our retirement: the sole objective is to allow PAP to micromanage our housing, healthcare and retirement. Housing has remained unaffordable, healthcare a constant worry and retirement remains a pipe dream for the majority of CPF members.

The CPF scheme was meant to serve only PAP. When PAP raised total CPF contributions from 10% in 1967 to 50% in 1984, it was not bothered about the increase in business costs nor less take-home pay for Singaporeans. PAP needed more money to finance infrastructure construction and GLCs and what better way then by increasing CPF contribution at the stroke of a pen? After 50 years in power, CPF has yet to accomplish its mission. Singaporeans should not be silly and continue to believe the CPF scheme exists to serve us. It did but no longer does.

Most of our CPF goes into housing which is touted as a pow chiak investment but is in fact a necessary consumption (since most citizens have only one property). Assuming one uses $300k CPF for housing, retires in 20 years time and sells the unit at $400k, the ‘profit’ of $100k can’t even cover the mortgage interest or inflation. PAP has therefore risked our retirement by allowing 60% of our CPF monthly contribution to fund consumption.

PAP has no intention of returning our CPF any time soon. This is because GIC has invested 100% of our retirement savings in foreign assets which pay low/no dividends. In order to discharge its obligations, GIC would need a constant income stream, probably from dividends, which it doesn’t have.

So GIC relies on capital appreciation in order to discharge its obligations. However, during periods of extreme market volatility, asset prices are depressed and obviously, GIC does not want to sell assets at lelong prices. So how were CPF members paid in the years when GIC was not able to make CPF interest rate returns? How many times did the government dip into our reserves to pay CPF members? How many GIC assets were sold at pasar malam prices?

GIC’s investment model is clearly ill-suited for the management of CPF because it does not have sufficient income stream to discharge its CPF obligations. CPF savings belong to individual members and PAP cannot invest OUR money as if belonging to the government because we have different investment horizons.

Another obvious statement: No one plans for retirement decades ahead by investing 100% of his savings in foreign assets.

What then is the ulterior motive of PAP?

PAP is a party which doesn’t hesitate to trumpet its achievements. If its investments are really as profitable as claimed, why the need to conceal material information pertaining to the management of our CPF? It is logical to suspect we have been told abundant CPF half-truths.

The time has come for PAP to be upfront and not threaten citizens with lawsuits for stating the obvious.

Singaporeans should wise up and demand transparency and accountability from PAP on CPF issues.

This entry was posted in CPF. Bookmark the permalink.