Singapore is 10,000 times smaller than Australia. If the salary of our PM is 3 times more than theirs, shouldn’t Singaporeans expect a very high standard from PAP?

Let’s put into perspective the scale of the problems faced by both countries in order to see clearly how we have grossly overpaid PAP. When it comes to natural disasters, Australia could be fighting bushfires about 6 times the size of Singapore, ie Black Saturday bushfires. 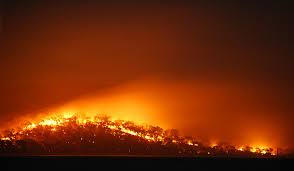 As for us, the worst disaster PAP has faced was (really pai-seh to say this) …. Orchard Road ponding.

Singapore ministers are also the best-paid in the world. It is therefore logical to expect nothing less than the best from PAP.

But no, PAP has repeatedly failed to deliver even basic necessities at affordable prices to the masses. With PAP’s dollars and cents KPIs, how many perm secs and stat board CEOs are really not self serving? No wonder the number of epic screw ups have continued to increase.

etc, was due to HDB solely focusing on profiting from the sale of HDB flats.

PAP would of course wish to explain away this sad state of affairs as a mere coincident but it is no longer able to do so with the presence of online media.

As far as HDB is concerned, it has washed its hands off every any DBSS issue, ie it has not seen the design, not involved with the construction nor the handover. HDB’s sole responsibility is the collection of a riskless profit from HDB buyers. Want to complain? Go see DBSS developers. But if the number of buyers present a threat at the coming GE, HDB may consider doing them a favour.

A lot of issues between HDB buyers and developers could have been prevented if HDB had not abdicated its responsibility, such as ensuring there was basic QC. Instead, HDB believes it can merely outsource its responsibilities to developers! HDB under the PAP is blinded by greed and is clearly not serving the people.

Another huge profit centre for PAP is LTA, the regulator of SMRT. If ERP gantries have been breaking down as frequently as SMRT trains, I’m certain heads would have rolled at LTA. LTA would not have accepted 54 ERP gantries breaking down during peak hours affecting more than 250,000 vehicles.

ERP gantries cannot fail LTA but SMRT’s failure is acceptable because it only hits commuters’ pockets. In fact, PAP will use SMRT breakdowns to slap commuters by increasing SMRT fines which are eventually passed down to commuters. Under PAP, commuters have always ended up in a lose-lose situation.

LTA could not have been unaware that SMRT’s ageing assets required increased maintenance to prevent breakdowns. But our civil servants simply stood by and watch SMRT trains running at increased frequencies and ridership doubling from ten years ago. Why should civil servants (not rank and file) bother about commuters’ inconvenience when they are the least bit affected?

How the regulator managed to overlook something as basic as maintenance beggars belief. Instead of retaining profits for maintenance, SMRT increased its dividends to benefit Temasek Holdings, its major shareholder. LTA, under the PAP, was not interested so long as entities like Temasek was making money.

To prevent SMRT shares from becoming a penny stock, it was initially thrown a $1.1 billion taxpayer-funded lifeline, to be eventually increased to more than $2 billion. A government blinded by greed, looking only after the interest of Temasek, does not serve its citizens.

All these problems wouldn’t have surfaced if PAP had not appointed Saw SMRT CEO as she had ZERO relevant experience. PAP did not hire a retrenched retailer to serve commuters but help boost SMRT’s bottom line by increasing it non-fare revenue.

In 2007, MCYS Minister Vivien had a parliamentary exchange with Lily Neo to try help save the government a few million dollars. Vivien argued against the proposed monthly increase of PA recipients’ allowance from $260 to $400. Where government departments are not incentivised by the amount of profits they make, it appears their objective is to minimise the amount of government expenditure.

Vivien had argued against forking out a few million dollars to belatedly benefit some 3000 needy Singaporeans. But PAP could somehow double Desmond Kuek’s pay in 2 years to more the $2.25 million despite his ‘OJT’ status and unresolved issues? Because SMRT makes money for Temasek? (SMRT should not be self-insulting by claiming the PAP has no say in Desmond’s remuneration)

When MSF was helmed by ex-paper general Minister ‘Keechiu’ Chan, he claimed to have in place a ‘kuih lapis’ 18 layers of overlapping government schemes to tackle poverty. But in reality, Keechiu has been making the needy run an 18-station obstacle course with few reaching the finishing line. PAP appreciates people like Keechiu for helping to prevent millions from being disbursed to the needy. PAP is all about money.

When the KPIs of perm secs, stat board CEOs and government leaders are all tied to dollars and cents, such a government is blinded by greed and will never serve the people.

2 Responses to 20150717 PAP blinded by greed, will never serve Singaporeans