(In case any foreigners are reading this, please take note that most Singaporeans are not xenophobic but simply against our government’s mindless policy of allowing too many foreigners at a crazy rate. I have a number of friends as well as relatives who are foreigners. What we want is for the PAP government to stabilise our unreliable and ill-prepared infrastructures and prioritise the needs and interests of its citizens above all else.)

Singapore is listed as one of the wealthiest country in the world where 17 per cent of households are millionaires. Such statistics become a magnet for wealthy citizens in other countries looking to emigrate.
However, the lives of ordinary Singaporeans are far from the rosy picture painted by our mainstream media.

Singaporeans have been forced to accept the PAP’s growth-at-all-cost model. Why is the PAP unable to deviate from their untenable ‘growth’ model requires some explanation, common sense and a bit of historical reference to understand.

Credit must be given for our initial 3 decades as a nation because the majority of Singaporeans did benefit from the system. But over time, the PAP became obsessed with power and allowed complacency, opacity and unaccountability to become increasingly entrenched in the system. Citizens’ interests are now subservient to the PAP’s.

Looking at the history of housing in Singapore, one cannot help but recognise the correlation between the GDP and housing prices. In 1981 when CPF Board implemented the Residential Properties Scheme for private home ownership, GDP doubled in 8 years. In 1988, total CPF withdrawal for private housing was increased to 100 per cent of property followed by allowing PRs to buy HDB flats and HDB owners to invest in private property. GDP more than tripled in 7 years. (I remember my 5 room HDB flat was bought in 1984 for around $80,000 and sold for $170,000 in 1992 to a Hong Kong PR)

Policy changes could not have supercharged GDP figures but required drastic demographic changes. Unless more buyers were found, GDP would not continue to accelerate at a faster rate. The ‘solution’ was found in the early 90’s when Goh Chok Tong, ex PM, opened the floodgates to foreigners, claiming these FTs were much needed or else…..

The average rate of population increase was roughly 60,000 annually in the 80’s but accelerated to 100,000 annually from 1990 to 2012 last year. Last year, the number of non-residents (NRs) and PRs totaled 2.027 million. The contribution of non-Singaporeans to the phenomenal rise of the GDP has been understated.

The PAP stumbled upon this shortcut to ‘growth’, found it worked wonders and decided on Singaporeans’ behalf that this policy was here to stay. Why not when political salaries are GDP based?
The PAP has been able to do so because it exerts total control over housing policies, the media, civil service and grassroots organisations.
But first let’s first take a look at contributions on an individual level before proceeding to the macro view.

Relatives who come for visit will also benefit a number of industries.
Assuming the individual expenditure amounts to an average of $1000 per month, 1,800,000 NRs/PRs (less PRs not working eg spouses of Singaporeans) actually contribute 1.8 billion monthly/21.6 billion annually.

The biggest beneficiary would of course be the government through its GST, stamp fee and levy collection.

Increasing the density as much as possible, squeezing every cent from every square inch of space 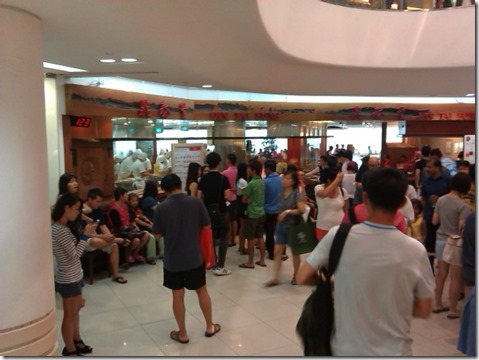 Based on the above, the government does not encourage the employment of Singaporeans

NRs/PRs contributions are additions to the GDP, unlike locals. There are also ‘inconveniences’ for businesses because locals require CPF contributions and have NS liabilities
Based on all the above factors, there is no reason for the government to employ locals at all. So long as the government continues to control Parliament, who is there to stop them from implementing policies which are detrimental to Singaporeans?
What the government will continue doing is distribute a little more aid in an attempt to show concern and buy silence. Government aid is always conditional upon too many clauses which in the end benefit very few. But this has achieved its objective – any outsider cannot say the government has not been concern about its citizens.

One should not expect the PAP to feel even an iota of empathy from district 9, 10 or other luxurious homes.

Though there is some truth that people generally shun menial work, the issue is not the work per se but the suppressed remuneration. Would any member of the PAP not shun remuneration which is inadequate to raise a family? Pay a cleaner $3000 per month and even diploma holders will queue overnight to apply for the job. Salaries have been suppressed by unions to justify employing foreigners, and then putting the blame squarely on Singaporeans for being choosy.

In the F and B industry, the PAP does not allow demand and supply to determine wages. (Strangely, it does not think so for politicians and civil servants) If it did, wages are at least probably $500 higher than presently and there would be very few vacancies open to foreigners. It’s really stupid to continue conducting Shatec/FnB courses and at the same time, offering low wages upon graduation by introducing fierce competition from third world countries.

It’s not that the government is not aware that our basic wages need to be at least $2000 in one of the highest cost of living countries in the world. Unless it does not expect citizens to save for retirement and own a roof over our heads without being enslaved to banks for 30 years.

The paramount consideration for the government would of course be ‘worker’s contributions number 1 to 6’ stated above.

The speech by ex MND minister 6 years ago will erase any wishful thinking that the government will move away from its population objective.
“Speech by Mr Mah Bow Tan Minister for National Development at URA Corporate Plan Seminar 2007 at Orchard Hotel on 9 February 2007” http://www.ura.gov.sg/pr/text/2007/pr07-14.html

URA’s Concept Plan is supposed to map out vision for Singapore in the next 40 to 50 years. Let’s see –

1991 Concept Plan for 4 million population. 4 million hit within 9 years in 2000 thanks to super productive leader who encouraged foreign talents.

When 1991 and 2001 Concept Plans, supposedly 40 to 50 year visions, are compressed to 9 years and 13 years respectively, it only confirms ‘long term planning’ is about chasing GDP figures higher.

In 2007, Mah Bow Tan mentioned the figure of 6.5 million during a speech and this was the same figure mentioned by the government as the lower parameter after the outrage over the PWP. http://www.ura.gov.sg/pr/text/2007/pr07-14.html

Besides figures being changed on a whim, nothing else has changed i.e. public transport infrastructure continues to break down, huge traffic bottlenecks, insufficient affordable housing etc.

From the above, we know that the PAP government never had any long term planning. Everything is about chasing the GDP skywards and that is the reason why the PAP needs to urgently to fix the population figures.

To the PAP, its ‘growth’ model has been raking in big bucks and why should this be discarded? Why should it do so when it does not need any public consultation and its numerical superiority in Parliament allows it to do as it pleases?

Why same population increase rate but GDP very much higher

The PAP has been able to effectively exploit land since it is the biggest landlord in Singapore and it also controls all policies related to land.
The yearly increases in real estate prices result from a supply imbalance cause by immigration policies. This has led to an inflationary spiral i.e. rental/property prices increase, prices of goods increase, labour demands higher wages due to higher cost of living.

Imagine the yearly increase of NRs/PRs as a wave.

The next wave of NRs/PRs pushes up real estate prices, resulting in inflation of every good/service at a higher price. GDP is based on such prices and immigration has been GDP’s steroid.

Future waves will perpetuate the spiral and if these waves of NRs/PRs are reduced or halted, the GDP bubble will burst.

Singapore’s miraculous GDP growth has nothing to do with long term planning but has actually been based on lax immigration policies, the effects which are:
– real estate prices shooting through the roof
– real estate industry benefitting other industries such as renovation, banking, retail etc.
– this in turn convinces more foreigners that Singapore is indeed a good place for investment, judging from property prices.
– The government’s poor planning has significant contributions to a shortage of housing, leading indirectly to a higher GDP. (assisted by historically low interest rates worldwide)

The government cannot even afford to reduce the annual immigration by half because GDP will be impacted.

In short, PAP’S model will continue to be ‘grow the economy by growing the population’. It is wishful thinking to expect otherwise as the GDP bubble will likely burst.